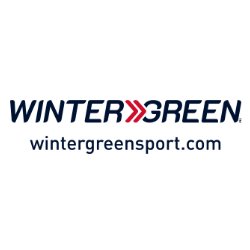 Be the first to know about Raptors news and events!

The American Raptors have bolstered their rugby department as the team heads into 2022.

The Raptors are proud to announce that USA Eagle Paul Emerick has joined the club as the head coach ahead of the 2022 campaign.

Emerick, who earned 54 caps with the Eagles and played in three Rugby World Cups, was a crossover athlete himself when he picked up rugby at the University of Northern Iowa after playing one year of football in college.

“I’m so excited,” Emerick said of his new role. “I was always a big fan of the idea and have been behind this mission 100 percent.”

Emerick was a wrestler and a football player before he became the first back in United States rugby history to earn more than 50 caps. He is looking forward to helping the next generation of crossover athletes achieve new heights in the game of rugby.

“To work with these guys, and try to upskill them and get them on a steep learning curve is exciting,” Emerick said. “Obviously winning games is the mark of a good program, but if we start sending guys over to Europe and some bigger clubs and ultimately into the national team, that’s our goal. It’s not out of the realm. Within two or three years of getting some of these guys, we should start turning our focus towards the national team. Myself and (Defense Coach) Luke Gross are living proof that if you get upskilled and you’re an athlete true to the word, anything is possible.”

Emerick’s professional career included stops at Amatori Catania and Overmach Parma in Italy, Dragos in Wales, Ulster in Ireland, and the London Wasps. He also competed in 17 sevens competitions with the United States from 2002-2010.

He comes to the Raptors serving four seasons as the Skills and Defense Coach for the Houston SaberCats. His stop in Houston included a stint as the Interim Head Coach where he led the team to a 4-1 record to close out the 2019 season. He coached at the Air Force Academy before joining the SaberCats in 2018.

Emerick will join a team of experienced coaches that have already made the American Raptors’ crossover experiment a successful one. With the addition of Emerick, Mark Bullock will return to his duties as the Director of Rugby. Bullock served as the program’s Head Coach for the 2021 season which was his 35th year as a rugby coach.

Peter Pasque will continue in his role as the General Manager. Pasque is tasked with continuing to find elite athletes from other sports that are interested in pursuing a career in professional rugby. Pasque’s recruiting prowess comes from his college days when he helped recruit linebackers as a member of the University of Colorado’s football staff. He played for several different rugby clubs around Colorado and was on the Raptors’ MLR staff before moving into the General Manager role in 2021.

The reshuffling of the American Raptors’ rugby department also sees Specialist Coach Sarah Chobot promoted to Assistant Head Coach. Chobot was a three-time All-American at Central Michigan and played 10 years in the Women’s Premier League, collected 25 caps for the United States, and played in the 2014 Rugby World Cup. Her coaching career has included stints as a Forwards Coach at Colorado State University and the Head Coach of the Denver Water Dogs. Chobot also served as the Interim Head Coach of the Raptors for the first half of their Uruguay tour in 2021. As one of the only women coaches in the professional men’s XVs game in the United States, she led the team to a 1-0 record with a 68-27 victory over Uruguay A.

“The guys that we have in are such incredible young men,” Chobot said. “It’s always exciting to be a part of something game-changing.”

The remainder of the staff remains unchanged. Luke Gross remains the Forwards and Defense coach heading into 2022. There are few better examples of the success that American crossover athletes can experience on the rugby pitch than Gross. Gross played basketball for Indiana State and Marshall University before taking rugby seriously at age 24. He went on to earn 62 caps for the United States and appeared in three Rugby World Cups, and play for several of the top clubs in Europe on his way to his U.S. Rugby Hall of Fame induction in 2019.

Following his playing days, Gross has experienced a successful career in both rugby coaching and administration. He has served as the High-Performance Player Development Manager for USA Rugby, the head coach at the University of Colorado Boulder, the Head Coach of the Sacramento Express of PRO Rugby, the Director of Amateur Rugby for Glendale RFC, the Head Coach for the Glendale Merlins WPL teams, and an Assistant for the Raptors MLR teams.

Mose Timoteo remains on staff as the Backs and Attack Coach. Timoteo’s rugby resume is unmatched. He became the first American Samoan to play for the United States when he went on to earn 32 caps for the Eagles and an appearance in the 2003 Rugby World Cup. Timoteo also appeared in 28 Sevens Competitions for the United States and played in the 2001 and 2005 Sevens World Cups. He picked up coaching when his playing days were done and has served as Head Coach at Colorado State University and Hayward High School, and an Assistant Coach at Regis Jesuit High School, San Francisco Golden Gate Women’s Sevens, Santa Clara University, and the Glendale Merlins WPL team.

“(Assistant Head Coach) (Sarah) Chobot is a great rugby mind, (Backs and Attack Coach) Mose (Timoteo) has a great skills and attacking mind, and (Defense Coach) Luke (Gross) they are all fantastic coaches in their own right,” Emerick said of the staff. “Now it’s all about facilitating who likes to do what, who is passionate about what parts of the game, and we will operate as one cohesive unit.”

Haugen joined the Raptors staff in 2018 after one year as a player. Since then, he has transformed into one of the top Performance Analysts in U.S. rugby. Haugen played for the Raptors, Brightwater Wanderers in New Zealand, and at Sacramento State.

Nelson joined the club ahead of the 2021 campaign as the Strength & Conditioning Coach. After his rugby career was finished, Nelson moved into the world of strength and conditioning full-time. He began his career as a Strength & Conditioning Assistant at Humboldt State University where he received his degree in Kinesiology with a teaching and coaching emphasis. Nelson has Strength & Conditioning All-American and CSCS designations from the NSCA and certifications in Functional Movement Screening, Weck Method, and is a licensed coach for USA Weightlifting, USA Kettlebell Lifting, and USA Rugby.

Lee Ann Hewitt is the newest member of the staff. She returns to her home state of Colorado after stops at Orthopedic Associates of the Low Country, USA Wrestling, Colorado High School Athletics Association, Northfield High School, and the Far Northeast Warriors.

Rounding out the staff is Rugby Coordinator Scott Nies. Nies has played rugby all over the world growing up in Singapore. He was a member of the rugby team at Colorado State University before joining the Raptors staff in the summer of 2021.

“The Raptors helped me, giving me a chance to recover. Now I have a second chance and I want to...

We're excited to announce a run with the @chicagohoundsrugby and @rugbyatl in Panama City Beach on February 10th! #RaptorsRugby

Head Coach Sarah Chobot caught up with @dallenstanford and the @myrugbyhive ahead of the inaugural Super Rugby Americas season! Hit...

Do you have what it takes?

If you are an elite athlete and interested in trying out for the American Raptors program contact: